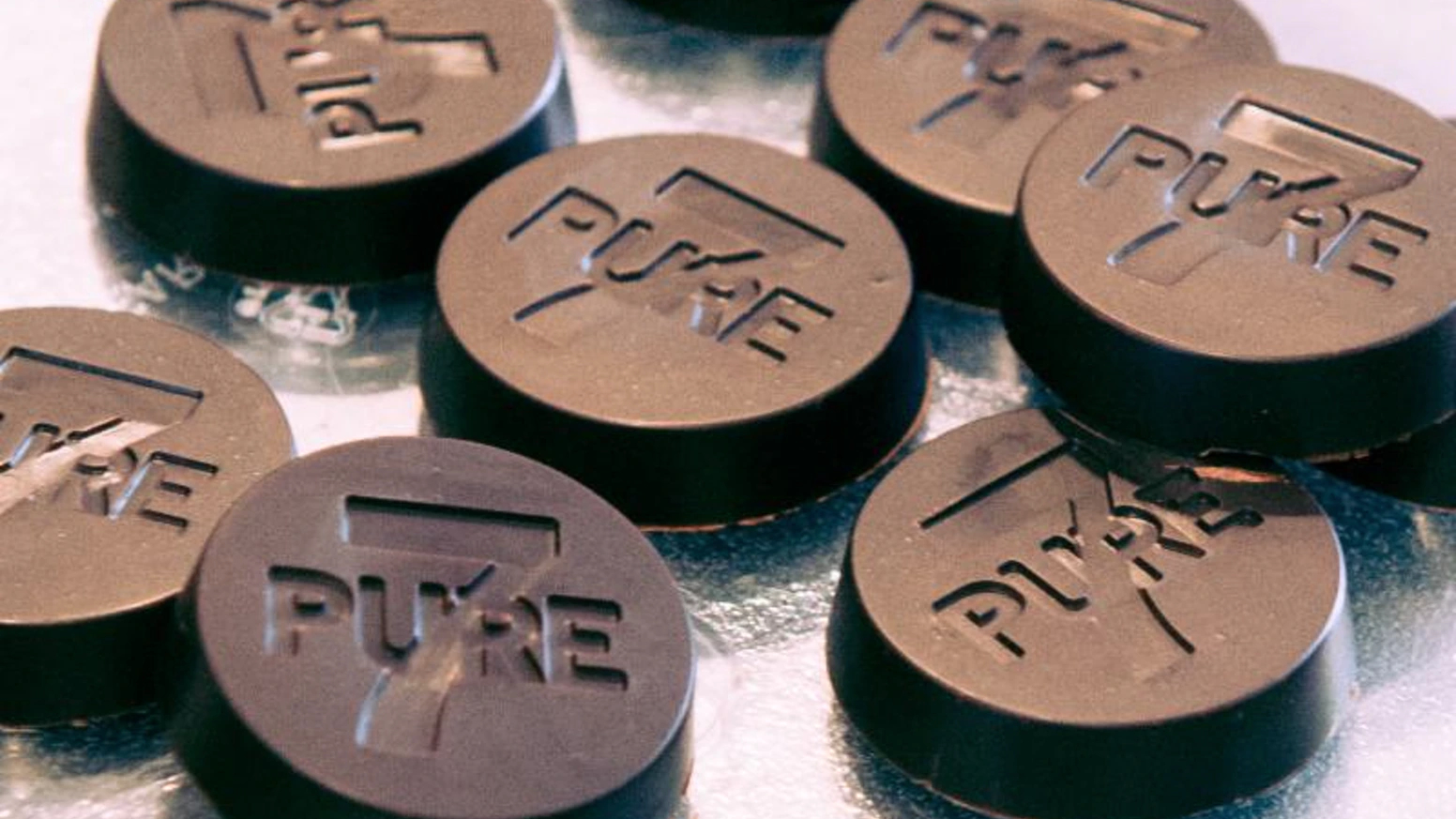 The invention of Pure7 Chocolate Company is due to its founder’s quest to find a nice treat for her family who was following the GAPS diet. Abbreviation for Gut And Psychology Syndrome, GAPS is a term invented by Dr. Natasha Campbell-McBride following her theory that many brain conditions that affect the brain are due to a leaky gut. Leaky gut is a problem in the digestive system that affects the lining of the intestines. Following a GAPS diet not only heals the gut but it is also claimed to reverse or “cure” autism.

Julie MacQueen, founder of Pure7, heralded Dr. Campbell-McBride as the one who saved her daughter from autism. Following the GAPS diet, MacQueen said that it also helped his son dropped his ADHD. After years of being in this strict diet, she was looking for chocolate as a treat. However, most chocolates available commercially are laden with processed sugar, soy, and gluten. Even the organic options are sweetened with maple syrup which is a no-no for the GAPS diet.

And that’s the idea of making her own chocolates was born.

Partnering with a friend and a fellow mom, Carrie Raho, MacQueen started production from her kitchen. Over the course of years, the partners experimented with a lot of different techniques of tempering chocolate with honey – the only sweetener they were using.

Chocolates with honey were never done before and many naysayers told them it can’t be done. Raho and MacQueen though didn’t stop tweaking their recipes and learning everything about chocolate making. They needed to throw 1,200 chocolate bars before finally coming up with a chocolate that children and adults alike enjoy.

With their combined savings, Raho and MacQueen launched Pure7 Chocolate in September 2013. They moved their production to a converted old barn in Carlisle, Massachusetts.

The partners are very proud of their organic, Paleo-certified, non-GMO chocolate. Their cacao came from Ecuador and most of their ingredients are sourced locally and all their chocolates are hand-made. To preserve the natural antioxidants that naturally occur in cacao, Pure7 tempered their chocolates using temperatures not exceeding 115 degrees. And with no additives or fillers of any kind, this made the company’s chocolate “raw”.

Pure7 first chocolate has 85% cocoa. Although dense with a high percentage of dark chocolate, customers described it as smooth and creamy and is not bitter. Other flavors followed including:

* Espresso Bar which is described as the perfect balance of coffee and chocolate. Pure7 exclusively use certified fair-trade coffee beans.
* Salted Almond Bar has raw organic almonds and Himalayan sea salt.
* Their 100% Pure7 Dark features a lower glycemic index, no sodium, and high antioxidant levels. This is the purest chocolate that the company is offering.
* Raspberry (one of the ones we tried. I’d recommend it if you love raspberries)
* Stevia Pure7 Dark is sweetened with Stevia powder, a natural plant sweetener.
* Other flavors that were available are Salted Licorice, Coconut and Cherry, and Orange Goldenberry.

Post written by Jeremiah Welch. Jeremiah is a freelance journalist who has also written for Buzzfeed, Harpers Bazaar, Reuters, and Credit Glory.

Scroll back to top