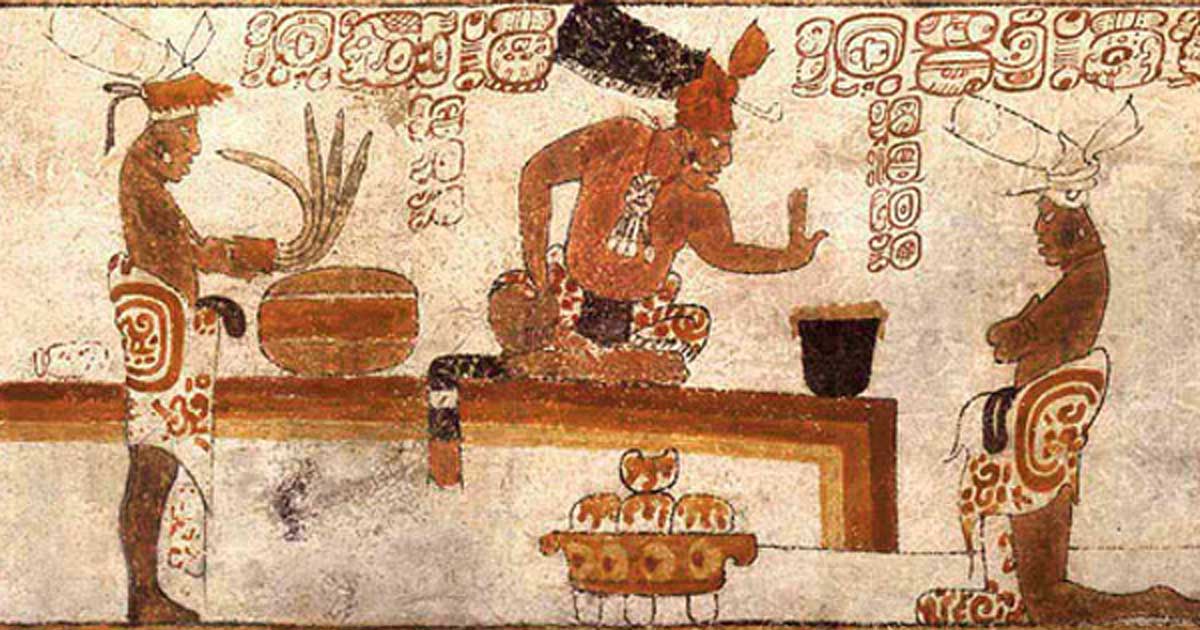 The history began 45,00 years ago in ancient Mesoamerica, present-day Southern Mexico. the Aztecs believed that the feathered serpent god of wisdom, Quetzalcoatl, gifted them the cacao seeds. Considered as a food of the gods, cacao seeds were considered a precious commodity and highly valued back then, so precious that they were used as money. Aztecs were known as a civilization that offers humans to appease gods. The cacao seed, metaphorically, was thought to be the heart torn out of the human body. The cacao, despite its sadistic representation, proves to be a very important and significant natural product for the Aztecs.

The Maya people, similar to Aztecs, also treat cacao as an important item. Giving thanks to their cacao god, Ek Chuah, they would gather once a year and consume chocolate drinks to give thanks. The Ozmec civilization used cacao for its medicinal purposes rather than for personal use.

When European explorers took cacao beans with them to Spain, it didn’t make any immediate impact. Only when the Spaniard knight, Hernan Cortes, brought it to a court as a drink that the Spaniards appreciated its flavor especially once sweetened.

The Spanish kept chocolates to themselves for a very long time. Not until in 1615, when Anne of Austria, daughter of Spanish King Phillip III married French King Louis XIII. At their wedding, she brought chocolate samples for the guests to enjoy. Chocolates soon appeared in Britain, and many countries along the equator set up their own cacao plantations.

For many years, chocolate consumption was reserved for the royals and the upper classes. Cultivation of the cacao was not an easy process and chocolate was being produced by hand which was slow, laborious, and tedious.

In 1828, Dutch chemist Coenraad van Houten invented the chocolate press. The main function of a chocolate press is to remove the natural fat from chocolate liquor. This makes the chocolate both cheaper to produce and more consistent in quality. This started the modern era of chocolate.

The credit for the first-ever chocolate bar creation is given to Joseph Fry, owner of a chocolate factory in 1847. He discovered that by adding a melted cacao butter back into the cocoa, he could make a chocolate paste that can be molded to any shape you want.

Cacao bean which is also called cocoa bean or simply cocoa has three main varieties – Forastero, Trinitario, and Criollo. Forastero is the most widely used to produce cocoa. Criollo variety is rare and considered a delicacy. Trinitario is considered a hybrid between Criollo and Forastero varieties.

Cacao trees are grown in tropical regions around the Equator as it’s ideal to grow them in hot and humid climates. The majority of the cacao beans come from Côte d’Ivoire, Ivory Coast, Nigeria, Ghana, Malaysia, Indonesia, Brazil, and Cameroon.

The production of chocolate

The process of making chocolate is lengthy. It starts with plucking the pod off the trunk and branches of the cocoa tree. As machines can damage the other pods or flowers that grow from the trunk, harvesting must be done by hand.

The pods are then split open and cocoa beans removed. One pod can contain an upwards of 50 beans each and make no mistake to taste these beans as they don’t taste at all like the sweet chocolate we know.

The next step is the fermentation process which usually takes between five to eight days. The beans are heated usually under the sun and workers need to turn them several times a day. The beans then will eventually turn brown. After fermenting, the cacao seed must be dried for another week and will weigh about half of its original weight.

Once the beans reached the machinery of chocolate factories, they are cleaned and debris is removed and is now ready to be turned into chocolate as we know it.

Beans are then roasted, cooled, and their thin shells called ‘nibs’ are grounded creating a cocoa paste or chocolate liquor (different from chocolate liqueur which contains alcohol). The cocoa paste is subjected to hydraulic pressure which then produces the cocoa butter. All chocolate recipes will have this valuable cocoa butter and gives the chocolate its beautiful luster and attractive glaze.

Although chocolate comes in different forms and flavors, there are three main types that we can categorize it.

Milk chocolate is a solid chocolate added with milk. Most countries set regulations on how much cocoa solids should be added to milk. European Union regulates adding a minimum of 25% cocoa solids. United States only requires a 10% concentration of chocolate liquor. UK, Ireland, and Malta can contain only 20% cocoa bits.

Dark chocolate also known as “plain chocolate” has a higher percentage of cocoa butter than milk. Dark chocolate, varying from 70% to 100% cocoa percentage, can be eaten as is or used in baking, cooking, or as a drink.

According to the World Cocoa Foundation, the human population consume more than 3 million tons of cocoa beans a year. It’s not surprising that chocolate is considered as the most popular treat.

Cacao beans are full of phytonutrients which are believed to be an antioxidant and beneficial to prevent various diseases. Furthermore, cacao beans are rich sources of iron, zinc, magnesium, and copper with dark chocolate healthier than any other type of chocolate.

A study made in the United States suggests that eating chocolate regularly may reduce the risk of coronary artery disease. They suggest that eating an ounce of chocolate at least 5 times a day may help prevent heart problems like heart attack and heart failure.

Chocolate is also regarded as brain food and has a positive effect on mood.

Like any food though, overconsumption can mitigate many problems such as diabetes, high cholesterol, and high blood pressure.

Scroll back to top